The longest river in Alaska and the Yukon Territory, it was one of the principal means of transportation during the 1896–1903 Klondike Gold Rush.

A portion of the river in Yukon – “The Thirty Mile” section, from Lake Laberge to the Teslin River – is a national heritage river and a unit of Klondike Gold Rush International Historical Park. Paddle-wheel riverboats continued to ply the river until the 1950s, when the Klondike Highway was completed. 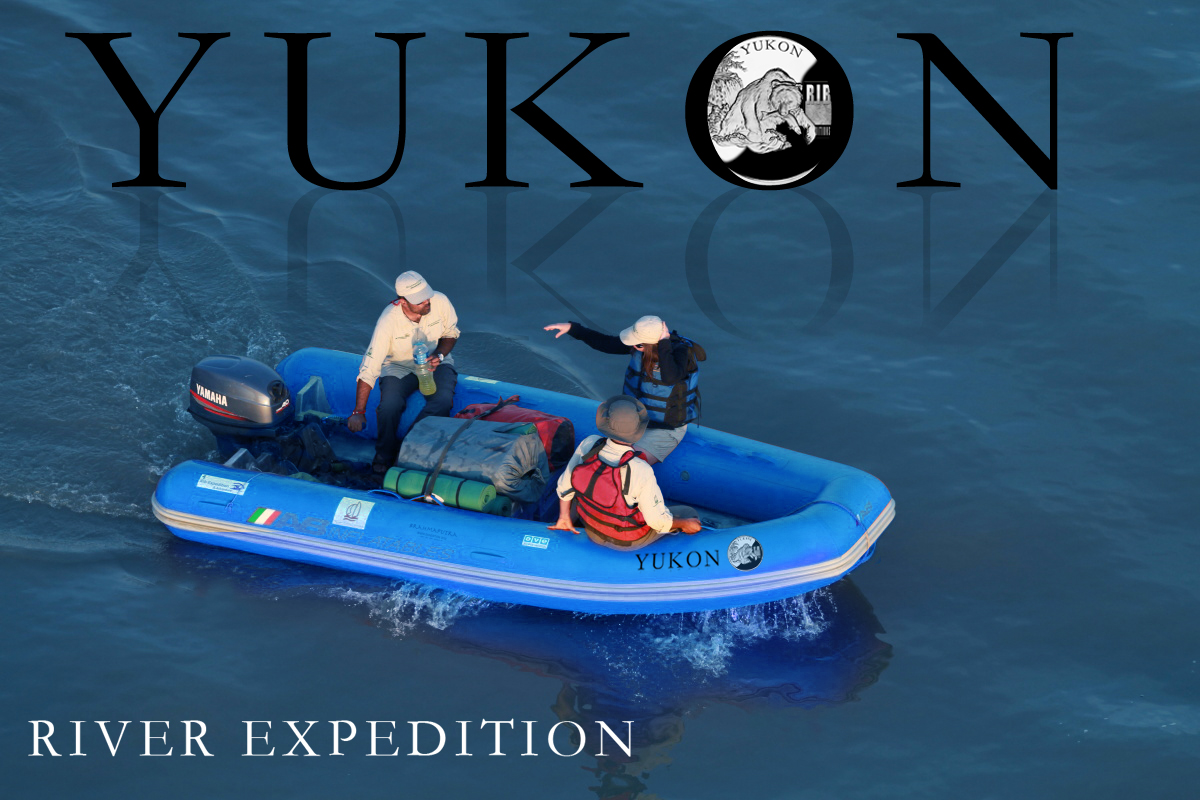 THE AIM OF THE PROJECT

To improve awareness, to showcase that Water is vital to every aspect of life in the Yukon river. While we know climate change affects our water resources worldwide. The expedition wants to bring a deeper knowledge and understanding of the whole region, its culture, natural beauty and diversity to a broader public.

Navigate through History
The gold rush ended over 100 years ago, but it left behind a footprint you can still easily see today. We will see the remains of log cabins, Mounted Police detachments, old telegraph stations, wood camps, and paddle wheelers that were either shipwrecked or hauled up on shore and abandoned over 80 years ago.

The shores are alive
More than history thrives along this river. Watch the shores for wolves, moose, and bears. Watch the skies for bald eagles, falcons, and hawks. Watch the river, they’re home to Arctic grayling and also to a world-famous salmon run.

The expedition will take about 30 days and is scheduled to begin around the 13. August 2013. This is the best weather window with a average temperature of ca.18 C.

Details of the route planning will depend very much on the tasks awaiting the team along the way. Here is a rough description of the major stretches of the Yukon.

The generally accepted source of the Yukon River is the Llewellyn Glacier at the southern end of Atlin Lake in British Columbia.

After Mountain Village , the main Yukon channel flows into many channels, sprawling across the delta. There are a number of communities after the “head of passes,” as the channel division is called locally: Nunum Iqua , Alakanuk , Emmonak , and Kotlik . Of those delta communities, Emmonak is the largest.

Team – Background
Andy Leemann, a Swiss boating expert and expedition leader who travelled the Amazon, Orinoco, Mekong, Zambezi, Ganges, Bramaputra, Gomati and Kaladan river on previous expeditions, will organize this journey together with his friends.