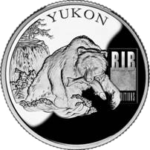 Andy is a traveller, sailor, boat racer and explorer. After spending many years on sea, Andy decided to settle in Majorca, where he has a business of boating equipments.
While a boat race in South America, he got exposed to rivers and people living on rivers. Ever since, he has organized and lead river expeditions on major rivers across the world.

Apal’s first boating experience was while shooting Zambezi expedition for a BBC film. It was enough for him to get hooked, and he has been a regular ever since. He has been looking after logistics of all the expeditions in India.
When he is not exploring rivers with Andy, Apal is a freelance cameraperson, based in Nainital.

By profession Hairdresser with a shop in Hamburg. Since May I´m 61 and happily married since 35 years, with two up grown children (girl 26, boy 24)
My leisure-time activities are: long distance cycling, wind surfing, skiing, rafting, travelling and scouting through countrys with beautiful scenery and landscapes (Canada – Ontario, New Zealand, Srilanka, Guatemala, Honduras, Belize, Costa Rica, South Africa, Scandinavia, Switzerland, Italy, Greece and my good old Germany.)
I´m looking forward to have fun and adventure experience with the YUKON CREW!! In case of “First Aid” I´ll give you a helpfull hand.

John has worked in the expedition travel industry for over 20 years both at sea, leading expeditions to remote regions the world over, and managing expedition operations from a shore-based position.
Afloat, John’s wealth of experience on and around all seven continents includes pioneering unsupported expeditions to the far reaches of Irian Jaya’s river systems, charting several previously unknown areas within these regions along the way.
He led one of the first expedition voyages to the Russian Far East, only a year after the collapse of the Soviet Union, has cruised extensively through the Indo-Pacific, and is an expert on expedition cruising in the Seychelles, where he knows the more remote islands well, and has visited the remarkable Aldabra Atoll on more than 20 occasions.
And then spent five years organising expedition trips to Antarctica, before moving to Mallorca to set up and manage EYOS Yacht Tenders, suppling high quality bespoke boats to some of the largest superyachts afloat. John lives in Pollensa in Northern Mallorca.

Lives in Germany and Mallorca. He was running the family owned Shipyard and has joined with RIB Expedition & Adventure for the Mekong Expedition.

Inspired by the Sea, Pieter sailed and raced almost all the Oceans. He is a great team member and a super cook.

Hubert Hohlbein
I am now for 5 years retired, before I spent my years as professional engineer and computer specialist, more than 40 years I was and am still interested in tricky technical details, with passion and from the practical point of view. I am fascinated by sports under water, on the water and in the mountains, hiking, skiing and biking, and also by out of the ordinary travels, from Timbuktu to Topolobambo, accompanied by Heike.

I spent my professional years as graduated computer specialist, organising big software projects, now I am enjoying my spare time voluntarily working in the self help field on national and European level. Together with Hubert I have experienced many unusual travels and was always fascinated by the variety of people I met and landscapes that surrounded me. Valid for Hubert and me: Not too old, but old enough for the once in a lifetime experience, travel the Yukon.

I have been working around boats in the Med, on merchant vessels in the Atlantic, living on my own boat in the Pacific and worked on a fishing trawler around the Aleutian Islands more than 30 years ago.

To go back to Alaska and participate on this expedition along the Yukon on a rib will be an exciting new experience.

Crew in charge of equipment.