North WA – Salween river – in the `land of opium’
Burma 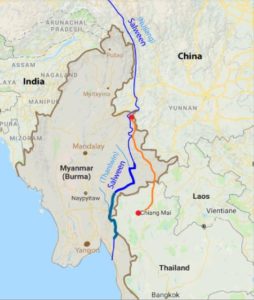 The Salween River:
known in China as the Nu River, is a river about 2,815 kilometres (1,749 mi) long that flows from the Tibetan Plateau into the Andaman Sea in Southeast Asia.
It drains a narrow and mountainous watershed of 324,000 square kilometres (125,000 sq mi) that extends into the countries of China, Burma and Thailand. Steep canyon walls line the swift and powerful Salween. Its extensive drainage basin supports a biodiversity comparable with the Mekong and is home to about 7 million people. In 2003, key parts of the mid-region watershed of the river were included within the Three Parallel Rivers of Yunnan Protected Areas.

A surprising visit to North Wa-controlled region in Burma’s eastern Shan State:
Armin Schoch our Expedition leader and a tour operator from Chiang Mai and me Andy Leemann River explorer, we both were interested in exploring the Salween River, which separates northern Special Region 2 from the Rangoon-controlled area on the western side of the river to find out if there is any chance of exploring these mighty forbidden place, the North Wa region.
Songpol Kaopatumtip a journalist from Bangkok post and Wang Yongchen, a reporter for Beijing-based China National Radio, completed the team.
Armin had a contact with a family member of Pau Yu-hau, the younger brother of Wa leader Pau Yu-chang, who invited us and made sure that we been safely escorted to their land.

North Wa-controlled region in Burma’s eastern Shan State.
Special Region 2 is an autonomous entity controlled by the United Wa State Party (UWSP) and its 25,000-strong United Wa State Army (UWSA). The enclave was created as part of a 1989 truce between Rangoon and the Wa, whose leaders fought against Burmese troops under the banner of the Communist Party of Burma (CPB), then supported by China.

The Wa state is one of the most secretive places on earth, still a place few outsiders have seen. Search on Google Maps and you won’t find it. Ask for a visa and you will be denied!

by the international community to reduce poppy cultivation, the Wa authority has moved tens of thousands of people from the North to areas along the northern Thai border—where other cash crops can be commercially grown—during the past four years. Some of these areas were given to the Wa authority by the Burmese government, while some others were taken from former druglord Khun Sa, who surrendered to Rangoon in 1996. The creation of South Wa, with the presence of the well-armed UWSA soldiers, was viewed by the Thai Army as a threat to national security—and blamed for being the source of the methamphetamines flooding the Thai market. 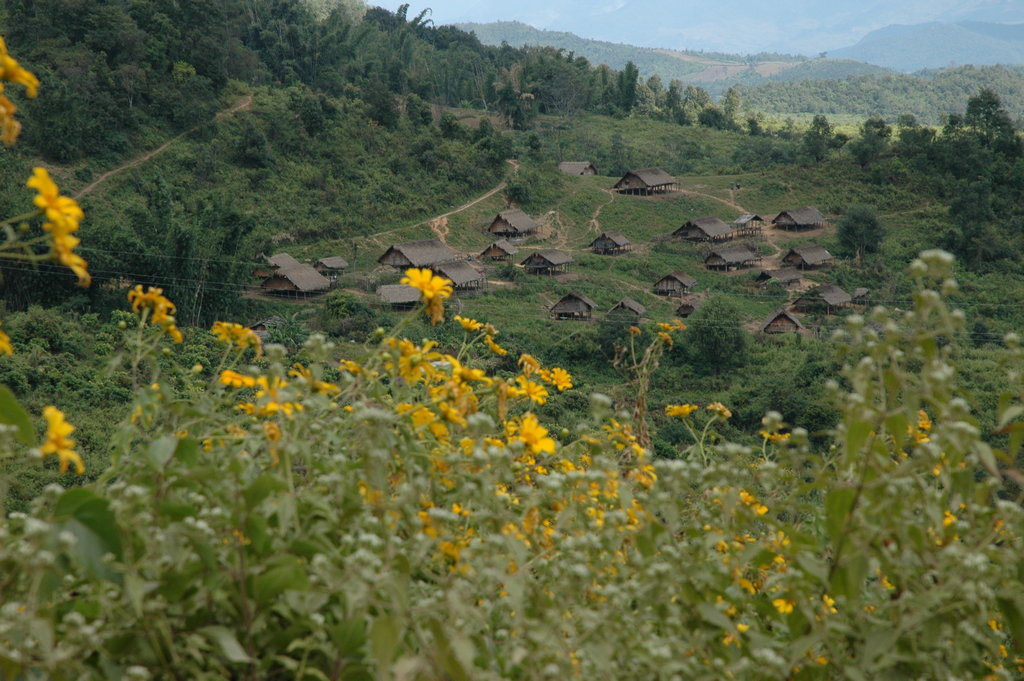 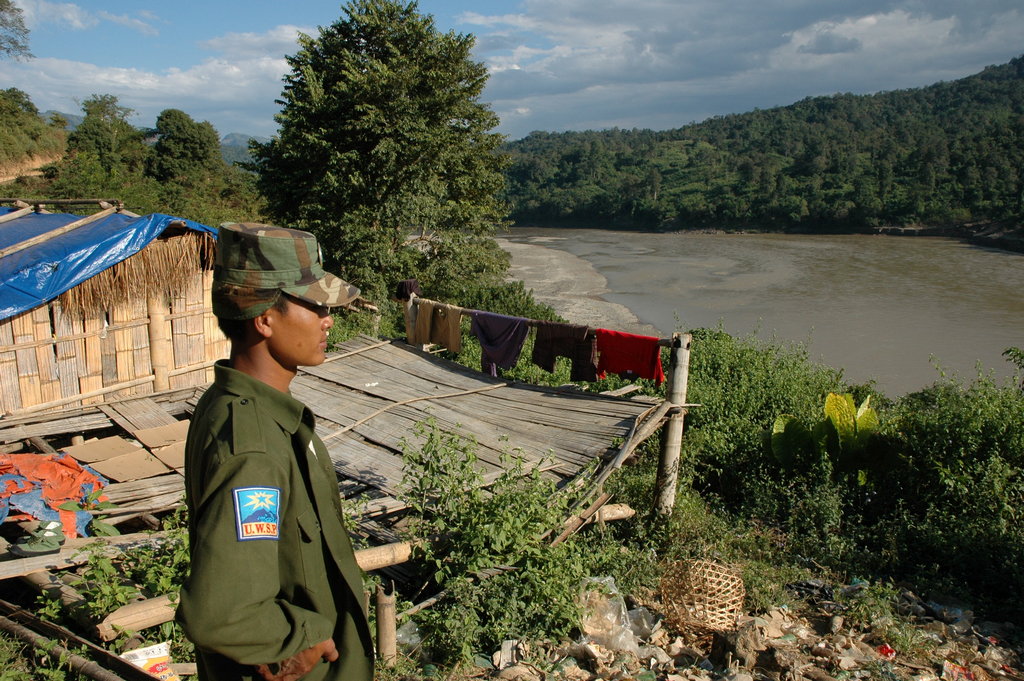 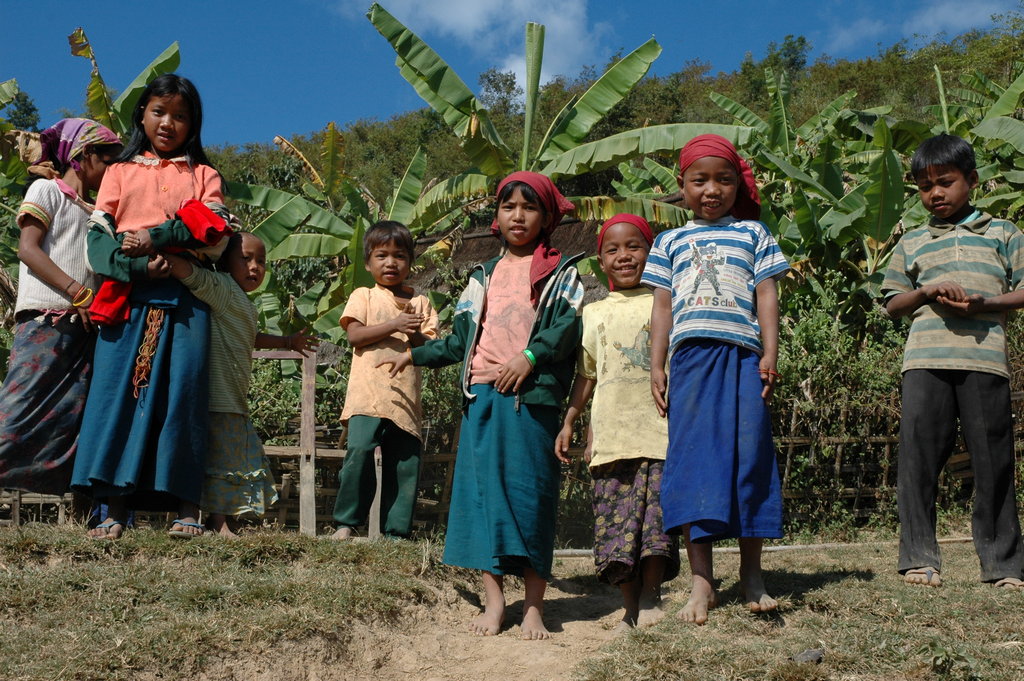 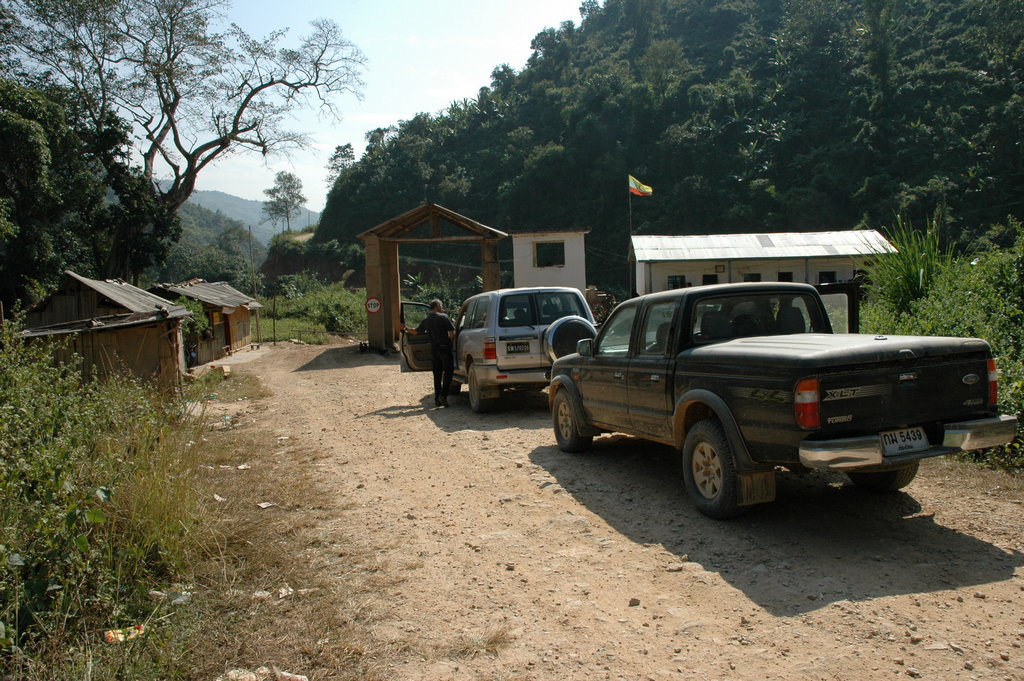 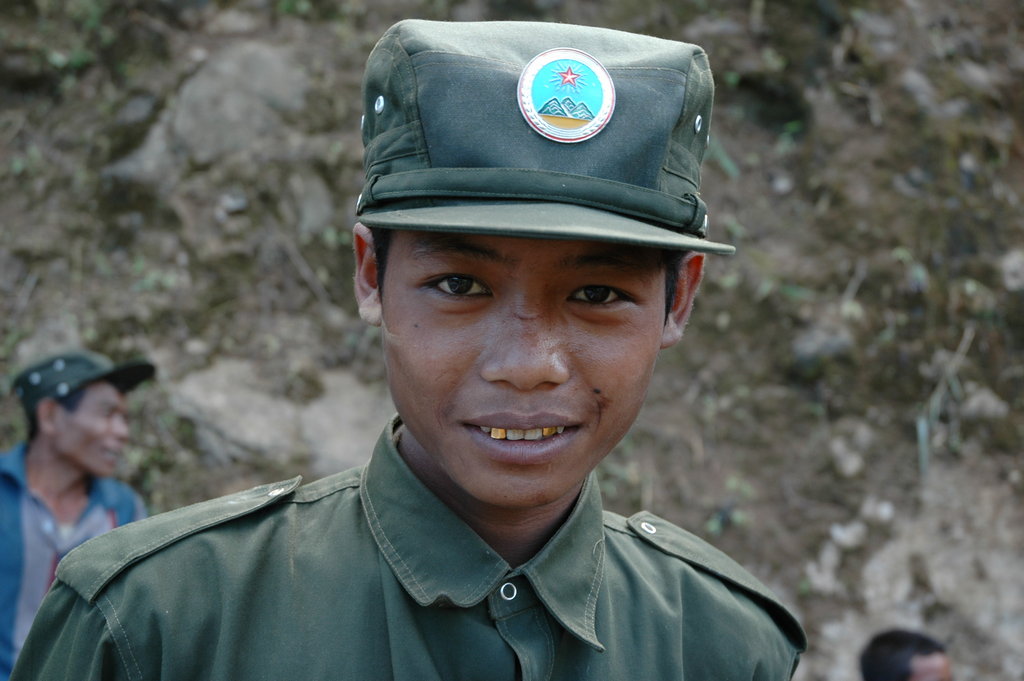 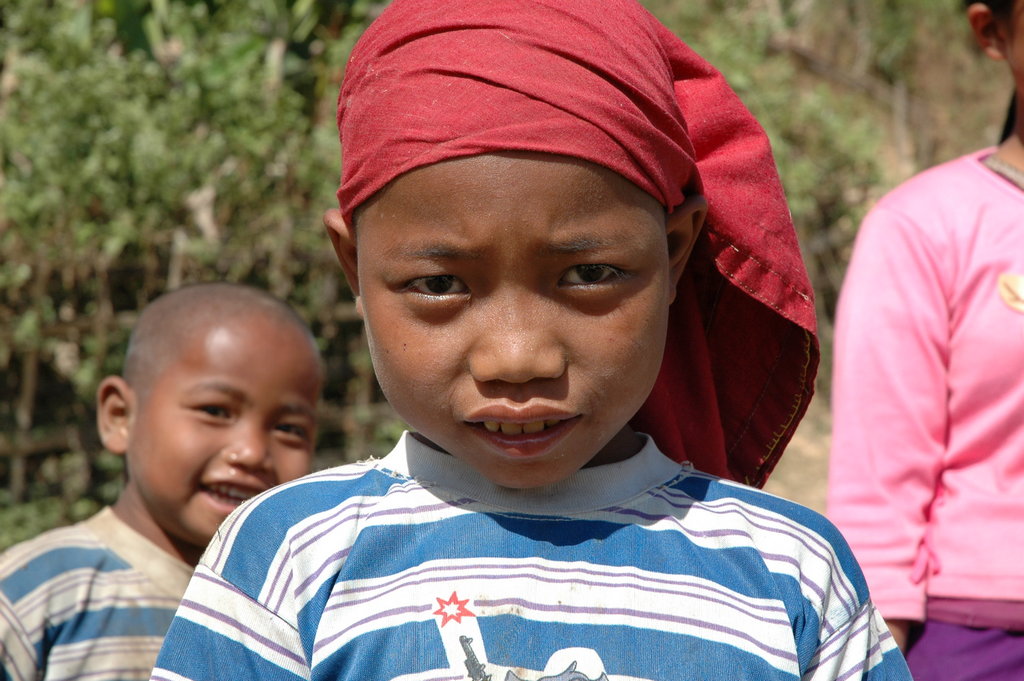 After an odyssey around road blocks to enter this forbidden part of Myanmar and a 6-hour-long, stomach-churning journey by 4 x 4 cars through the high mountains of northern Burma, we were more than happy to sit down for a few glasses of rice wine in the home of our host in Pangsang, the capital of the Wa-controlled region in Burma’s eastern Shan State.

Pangsang a Chinese border town is just a speck on this vast mountainous landscape, known as northern Special Region 2, where the Wa and 15 other ethnic groups have been living side by side for hundreds of years.
Opium has long been their main source of income harvested from February to March:

“Ah ha!” the young Wa official exclaimed, as he beckoned to me to accept another glass of the milky-coloured liquid. I responded with a nod of my right thumb—which is the Wa way of acknowledging such an offer.

We got a 14-day visa to enter Burma through the Tachilek-Mae Sai checkpoint at the northern Thai province of Chiang Rai. Then we travelled north to Kengtung and further to Mongla, at the Chinese border, but not into Wa territory. The region is closed for tourists. The Burmese made us deposit our Passports to make sure that we cannot travel any further. In Mongla we been picked up by our Wa friends and guided around the Burmese checkpoints to their main town Pangsang, and the Wa village of Phalae, about 60 kilometres north of Pangsang, the next day.
The mountains roads where narrow, often unpaved and dotted with security checkpoints, various tribal languages are spoken. The breath-taking mountain
Landscape and cultural diversity the peaceful and friendly tribal folks are a potential pull for soft tourism looking for remote, exotic places. On the steep slopes in this village and many other places on the route to Mongmau, another big town in the North, young poppy plants were barely visible on the vast tracks of dark-brown land.
“Come February, these mountains will be transformed into a sea of poppy flowers,”

As we travelled deep into the endless mountain ranges, stopping at countless thatch-roofed villages, we were impressed by the natural beauty and the friendliness of the mountain people, who are sadly misunderstood by the outside world.

For 3 days we were driving in extreme 4 x 4 conditions, having to clear the pad from rocks and crossing small rivers. Every stop we been received with friendliness and the tribal folks wanted to see the strangers driving with a Jeep with the number plate WA 1, which is the generals’ car when he travels.
I was never on a place where there have not been a foreigner for many years and the price would have been high (10 years of working prison) if they cached me by Chinese or Burmese military patrols without a Passport and in a forbidden place.
At Mongtong Township, about three hours’ drive from Mongmau, we stopped for a rest and many children ran from a nearby school to look at us. This was a surprisingly happy encounter because, just an hour ago, two elderly Wa women ran away, shouting “ka la, ka la!” as we—a Thai, a Chinese and a Swiss—jumped from the car and tried to take their pictures on the road.

In the Wa State, white foreigners are called “ka la”, which has just about the same meaning as the Thai term “farang”.

My heartbeat went up when we finally had the first sight of the beautiful Salween River.

That night, we camped on the bank of the Salween River, near a small village with a Buddhist temple. We had boiled rice with bacon and garlic — a typical Wa dish. As we sat around the campfire, the young Wa couple who had accompanied us from Pangsang began singing a really sweet melody. It was a beautiful gesture meant to welcome us to their land. In that stillness of night—as the singing continued I realised that I lived a dream. And I could return home fully satisfied with my trip having experienced my ever best Voyage in my adventure travels. 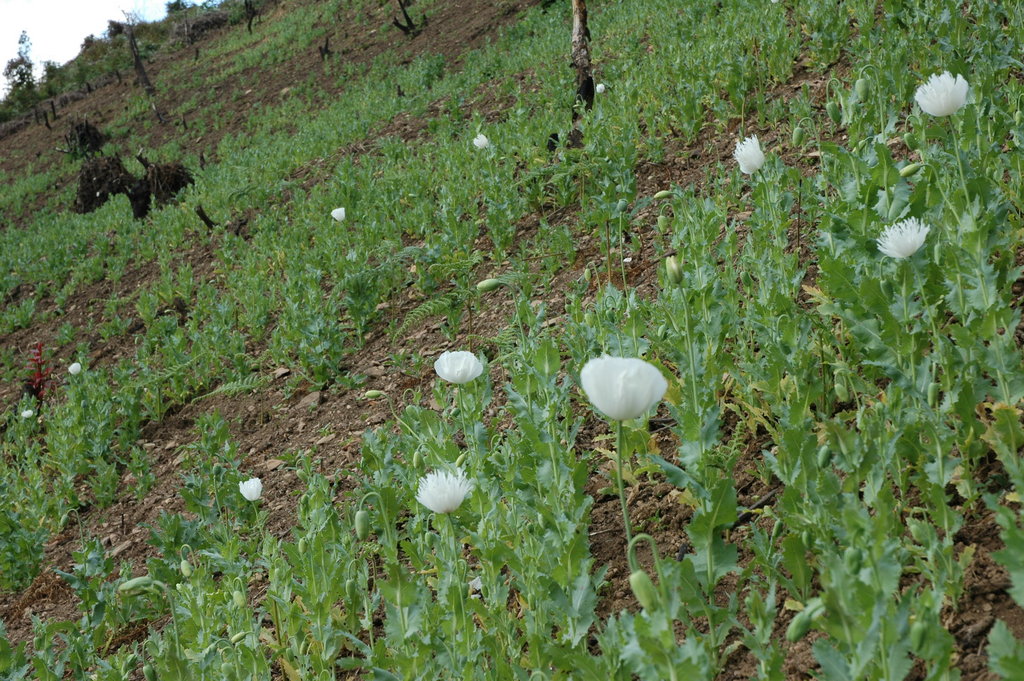 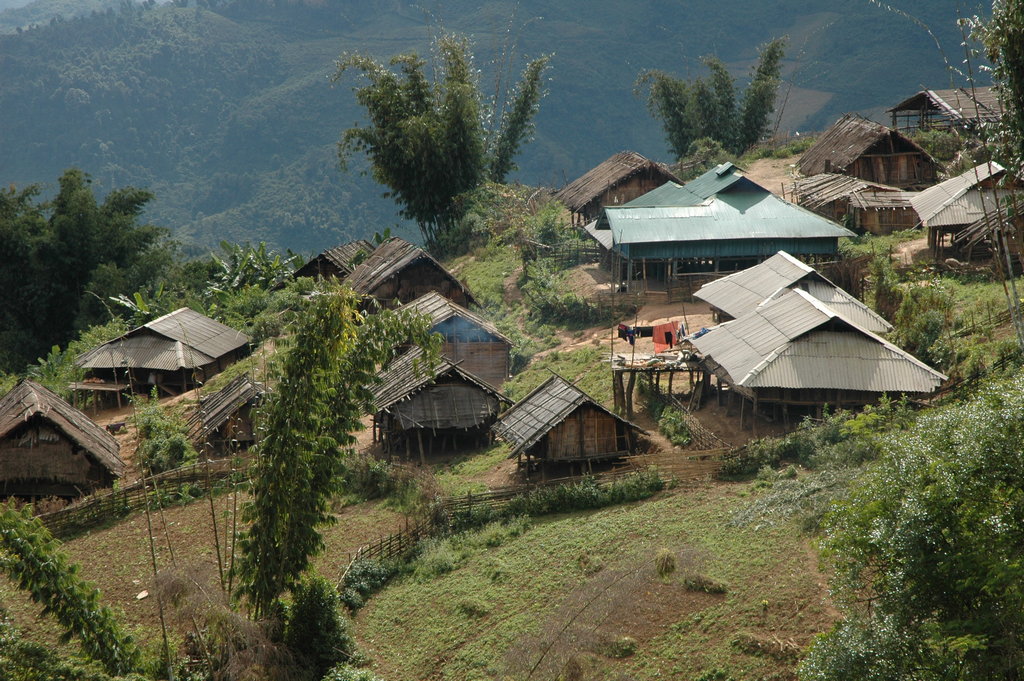 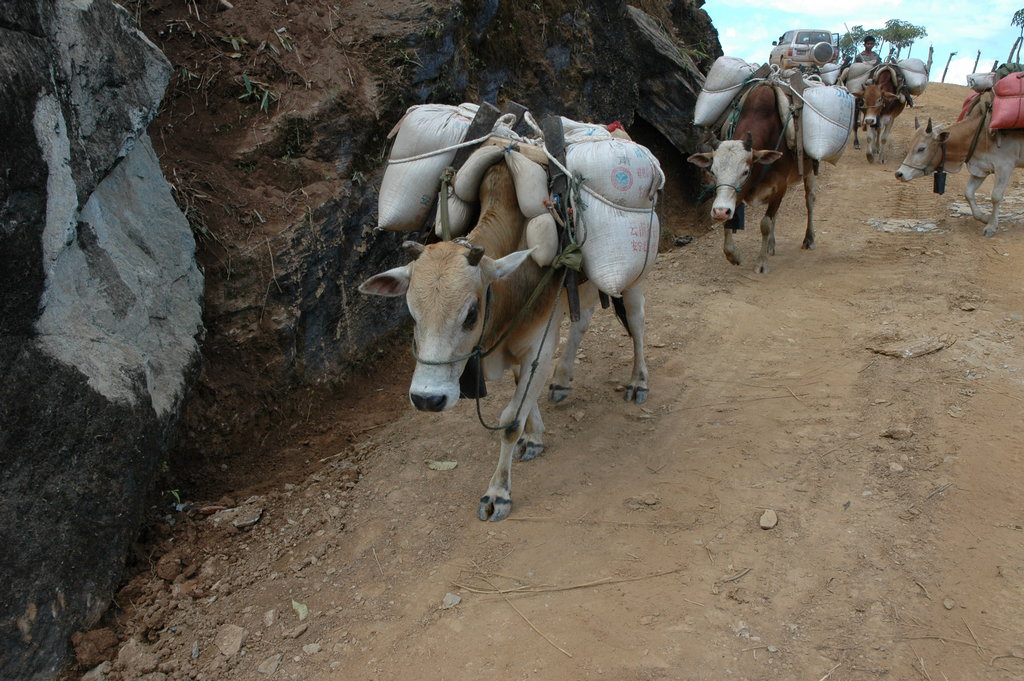 Wang Yongchen, a reporter for Beijing-based China National Radio, came to North Wa State with the expectation of meeting “wild tribal people” — the description she heard of the Wa people in the Chinese media. “How ignorant we are about these people,” confessed the 50-year-old woman. “My husband tried to persuade me not to come because he thought my life would be in danger.”
Even in Burma, the Wa are still referred to as “head-hunters”—a present-day myth perpetuated by historical accounts of the Wa’s ancient ritual of intimidating their tribal enemies. And thanks to the Wa leadership’s alleged involvement in the drug trade, negative perceptions of the ethnic people here have been reinforced.

As far as I know nothing has changed.
Drugs are still a mayor issue. The large scale opium production has ceased, but the drug habit may have simply gone indoors. Questioned about the presence of clandestine methamphetamine labs along the Thai-Burmese border, Mr. Wen Bin insisted that drugs smuggled into Thailand from Burma were made by foreigners who did it in the name of the Wa.
The poor farmers may live on their land, but they are not fully in control of their own destiny. China and Burma obviously hold the keys to their future, and I hope that one day the doors will be unlocked and more and more outsiders will be able to come in, peer through the clouds and, hopefully, try to understand.
The elimination of opium is crucial for the Wa leadership, too. They cannot stand alone and be accused of drug dealing forever. I wish they would do their best to help their own people. But, as Mr Ding told me so many times, foreign assistance is also needed to protect the well-being of these rural farmers who are—not wild—but wonderful peeople.

We are trying for the last 15 years to get permission to explore this secret Salween River, but without any luck. One day we hopefully are there!!!
Photography by Andy Leemann 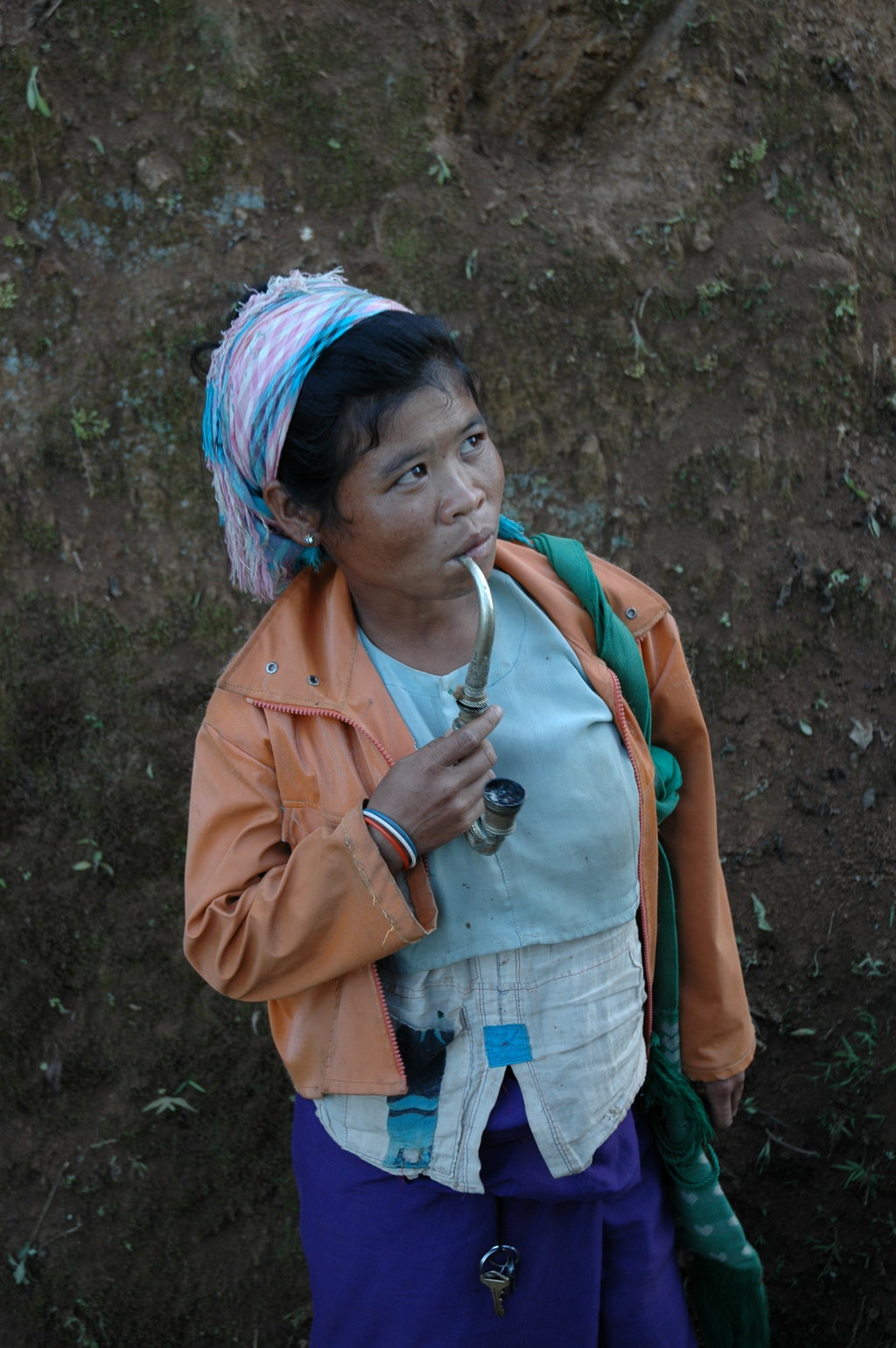 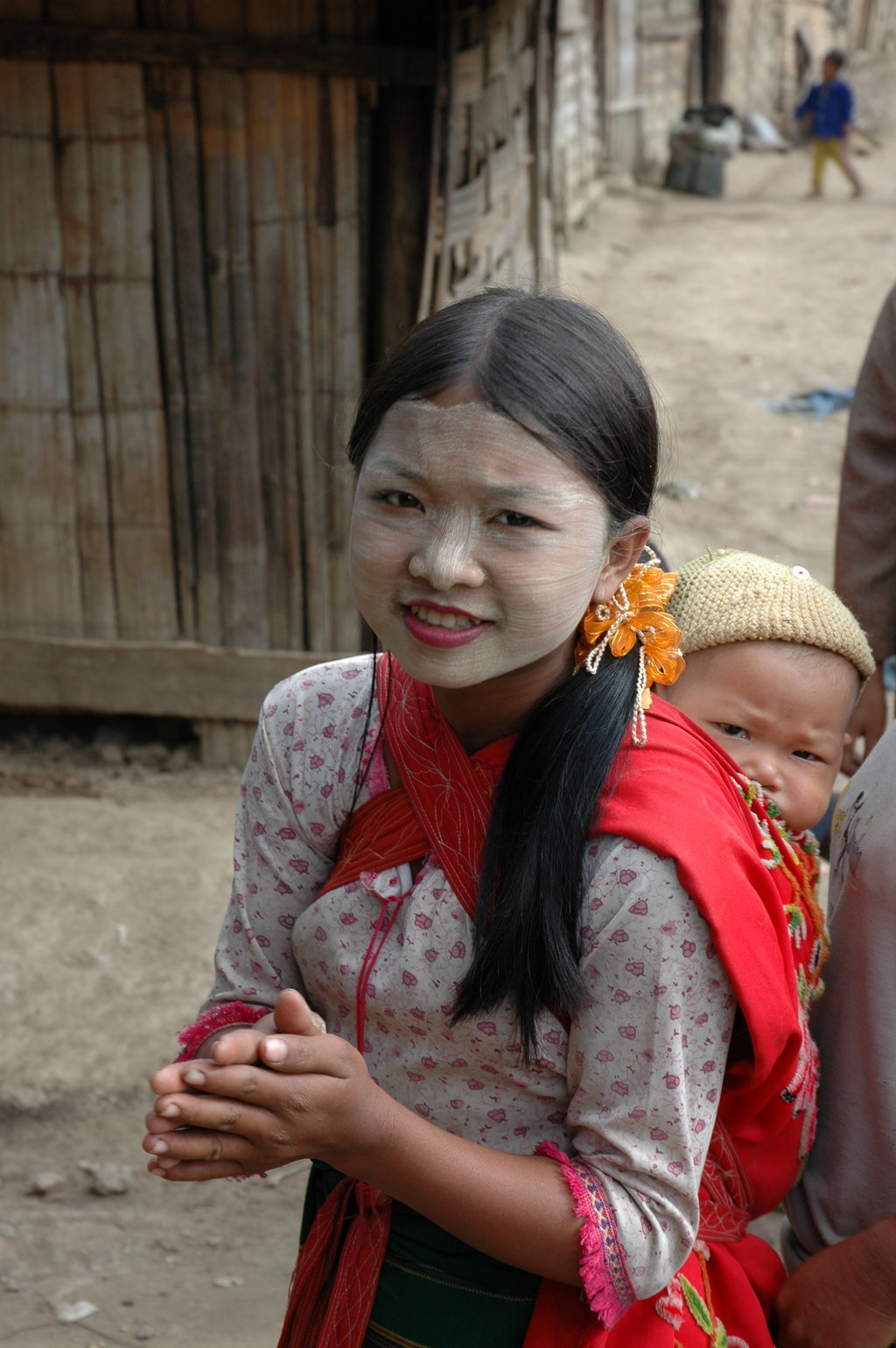 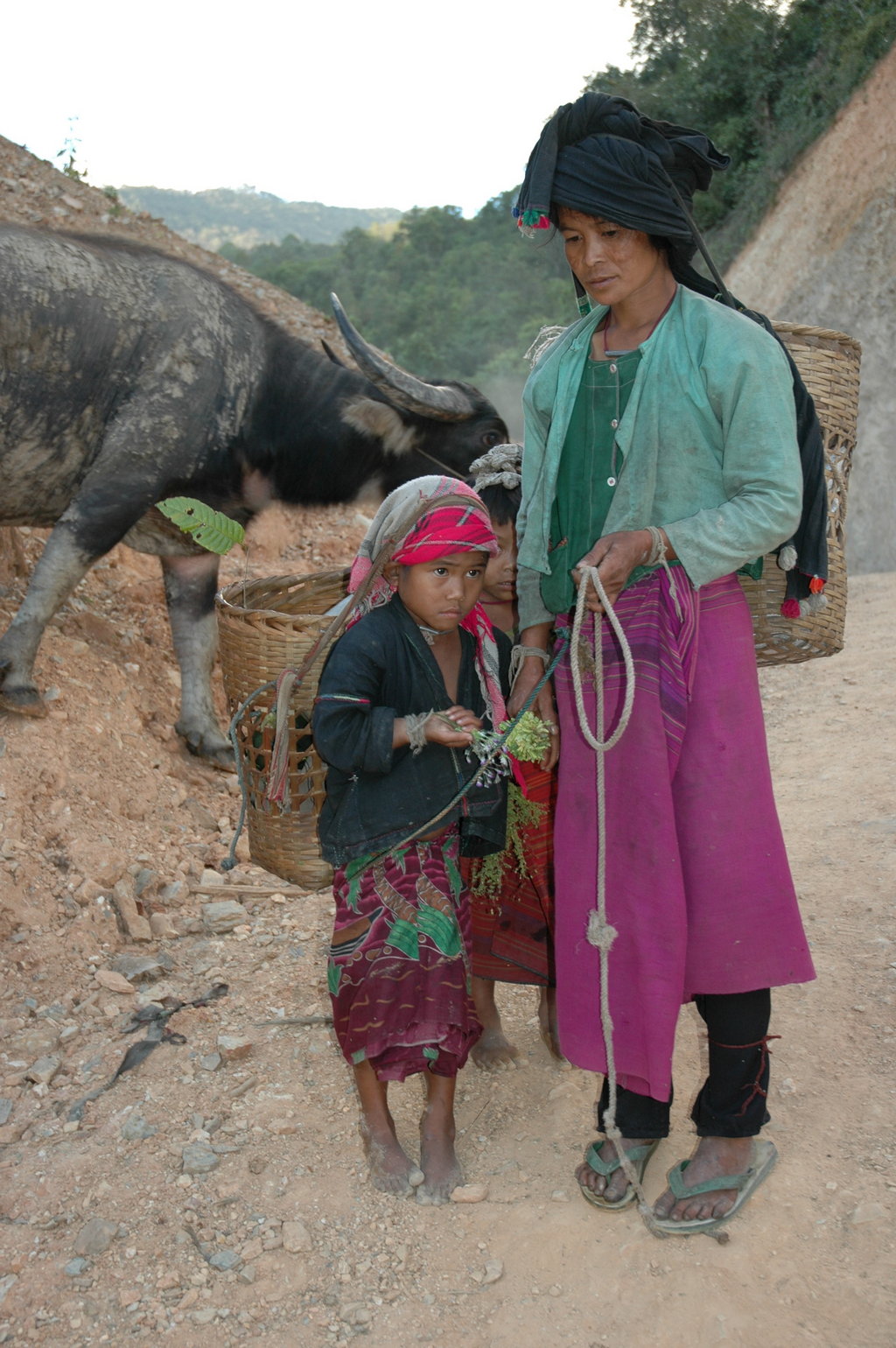