Prologue – End of The World Expedition

Our team will be one of the first to make an attempt to navigate the entire length of 3500km in this immensely spectacular and challenging waters with two Rigid Inflatable Boats.
Navigating Cape Horn
3500km with Rigid Inflatables Boats
Chile – Argentina – Patagonia – Straigt of Magellan – Cape Horn
A Brief Project Description

Ferdinand Magellan, the Portuguese explorer and navigator in the service of Charles I of Spain, became the first European to navigate the Strait of Magellan in 1520, during his voyage to circumnavigate the globe.

The sea passage around Cape Horn (the Drake Passage) is notorious for its huge seas, violent winds, strong currents and general danger. It is the graveyard for many tall ships that took this route when sailing from one side of the Americas to the other.

Until the Panama Canal opened in 1914, the Strait of Magellan was the main route for steamships travelling from the Atlantic Ocean to the Pacific.

Cruising from Puerto Montt through the Southern channels and fjords to the Magellan Strait, from there we navigate towards Tierra del Fuego and Ushuaia will be an unforgettable experience, and that is the reason why we take this challenge with two 28 foot Rigid Inflatable Boats, powered by strong Outboard engines, not only to enjoy Patagonia’s natural beauty, but also to get an insider’s view of life at the End of the World.

The ultimate goal will be to navigate around the famous Cape Horn.

3500 km. with Rigid Inflatables Boats. The ultimate goal will be to navigate around the famous Cape Horn.
Schedule and Route

The expedition will take about 28 days and is scheduled to begin January 4h 2016. This is the season and the time of the year when the climate will allow us to master the tricky passages with strong currents, tides and the temperature will be endurable.

During the voyage there are some unique southern landscapes to be seen such as the Gulf of Ancud, the seno of Reloncaví, the Moraleda Canal, the Gulf of Corcovado and the descent of the mountain range to the coast in the Taitao Peninsular, arriving at the Gulf of Penas where it is possible to see the humpbacked whales.

The Route itinerary navigates 1200 miles crossing gulfs, channels and arquipelagos, getting to the fishermen village in Puerto Aguirre on Huichas Islands and the sea-trading city of Castro in the Great Island of Chiloé, the island capital which was found in 1567, and we will arrive at this millenial and amazing San Rafael Glacier and Quitralco Fjord. The sea crossing set sail from Tenglo Channel, then Llanquihue, Chiloé, Chonos and Aysén arquipelagos and Moraleda, Ferronave, Pilcomayo, Costa, Témpanos, Pérez Norte, Leucayec, Yal, Estero de Xastro, Lemuy, Dalcahue, Quicaví and Calbuco channels and the gulfs of Ancud and Corcovado.

San Rafael Glacier is a real natural show, a mix of magic and colours that the ice floes show us with its different sizes. It is considered as the glacier which more collapse movements has in the region. The San Rafael Lagoon National Park has sea fauna and varied flora which live in a perfect state of harmony with the environment.

Quitralco means “Fire waters” (Aguas de Fuego) in native language, a fjord that is surrounded by huge snowy mountain chains and full of vegetation. It is a glacier-bed surrounded by wild flora such as ferns, high trees and a compressed foliage that makes the environment a vegetal landscape in a mild microclimate. There are thermals in this fjord which reach to 36o C together with a national style bonfire in a wide green surface in the southern damp jungle. We will do some navigations to watch sea fauna along the icy and calm waters of Quitralco.

Enter the Messier Canal until we arrive at Angostura Inglesa. We pass by Port Edén and then have a rest day, where we are able to see the huge Glacier X1 that has the largest area in South America . Towards the end of the Chilean Fiords Austral (Southern) expedition we pass through the Sarmiento Canal until Angostura White to the Port of Natales.

If time and weather permits we will visit the Cuevas del Milodón and the Torres del Paine National Park and take delight in the National Glacier Park seeing the spectacular Perito Moreno Glacier, the most imposing glacier, in Calafate.

Our voyage will take us through the Strait of Magellan and Beagle Channel to explore one of the most breathtaking wilderness regions in the world: Southern Patagonia, which includes the Tierra del Fuego archipelago. We will be sailing through Murray Channel and Nassau Bay to reach Cape Horn National Park. We will go ashore at historic Wulaia Bay, originally the site of one of the region’s largest Yamana aboriginal settlements. Charles Darwin landed there in 1833 during his voyage on the HMS Beagle.

Cape Horn is the southernmost point of the “Tierra del Fuego” archipelago and of South America and some may say “the end of the World”. It is a small piece of rock, or island, among others that make up the Horn Islands , around which the oceans from the southern Atlantic and Pacific converge.

The sea passage around Cape Horn (the Drake Passage ) is notorious for its huge seas, violent winds, strong currents and general danger. It is the graveyard for many tall ships that took this route when sailing from one side of the Americas to the other.

The aim of the project

To improve awareness, to showcase that Patagonias waters are vital to every aspect of life, while we know climate change affects our Glaciers worldwide. The expedition wants to bring a deeper knowledge and understanding of the whole region, its culture, natural beauty and diversity to a broader public. 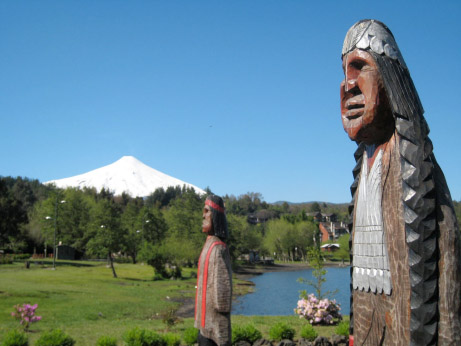 Andy Leemann, a Swiss boating expert and expedition leader who travelled the Orinoco, Mekong, Zambezi and Ganges and many more rivers, will organize this journey together with his friend, Ivor Heyer the owner of AB Inflatables and a very experienced Rib expert who did many expeditions all over the world.

Before, during and after the expedition is guaranteed. Reports, photos and films of this multimedia voyage will be broadcasted daily and will be followed by a huge audience on the internet. The team has a lot of journalistic experience, Crew member Apal Singh, did a documentary for BBC World on the Zambezi Expedition and a documentary on the Ganges Expedition both were broadcasted worldwide.