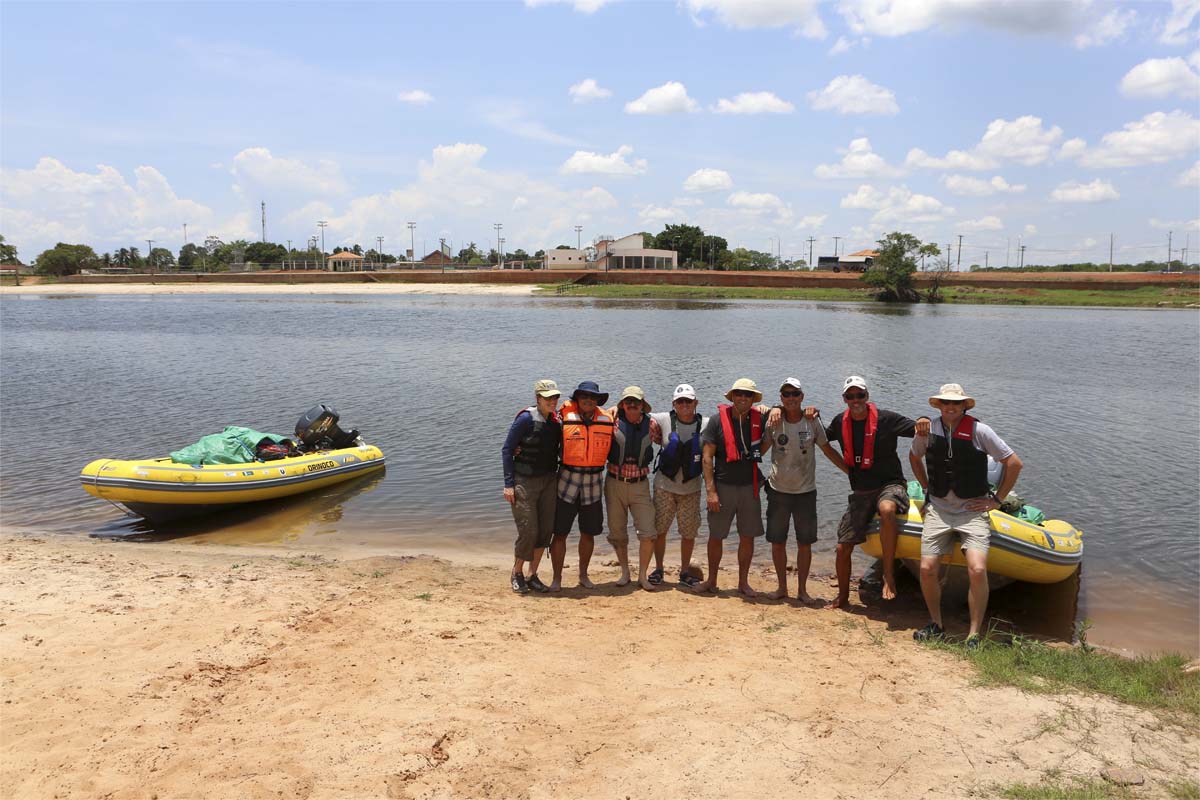 Wenka, Toni, Paul, Brando, Steen are the new members with Andy, Stefano and Edwin (Apal not in picture) who continue the expedition. 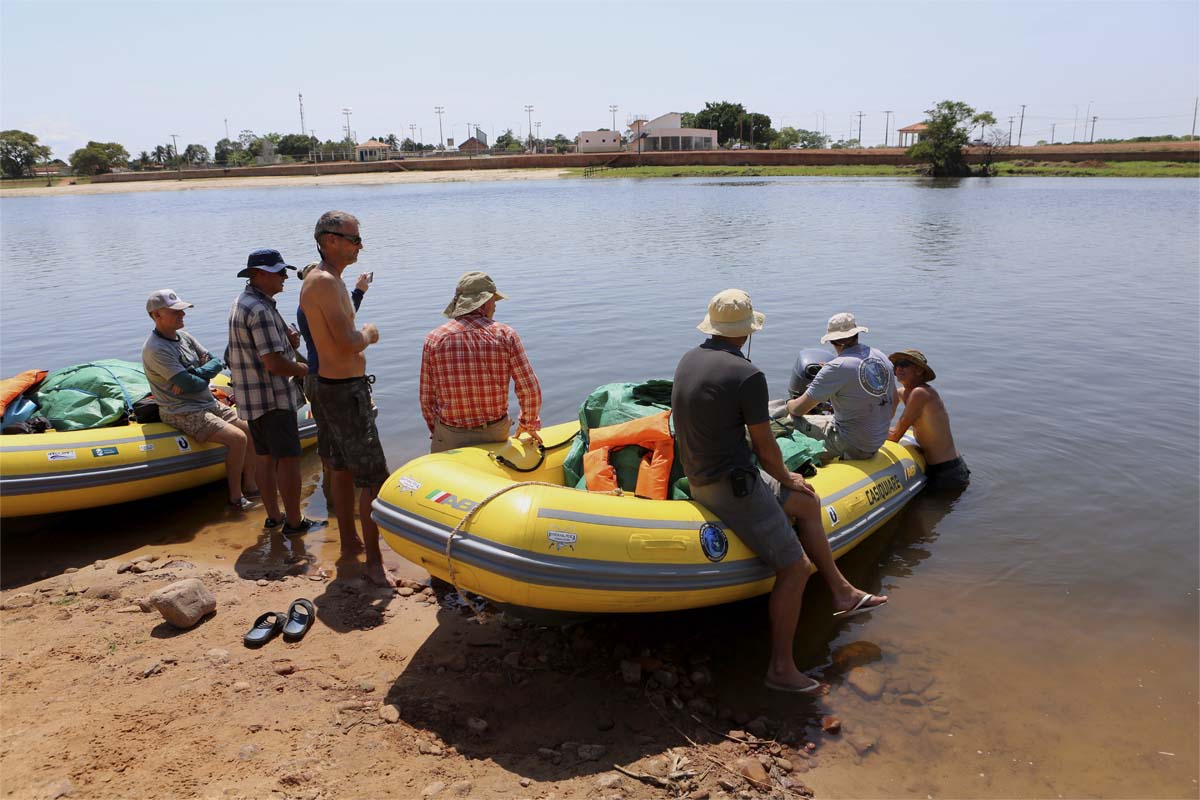 While five people left the after the first section of the expedition, five new have joined.
Andy gives first safety and security instructions. 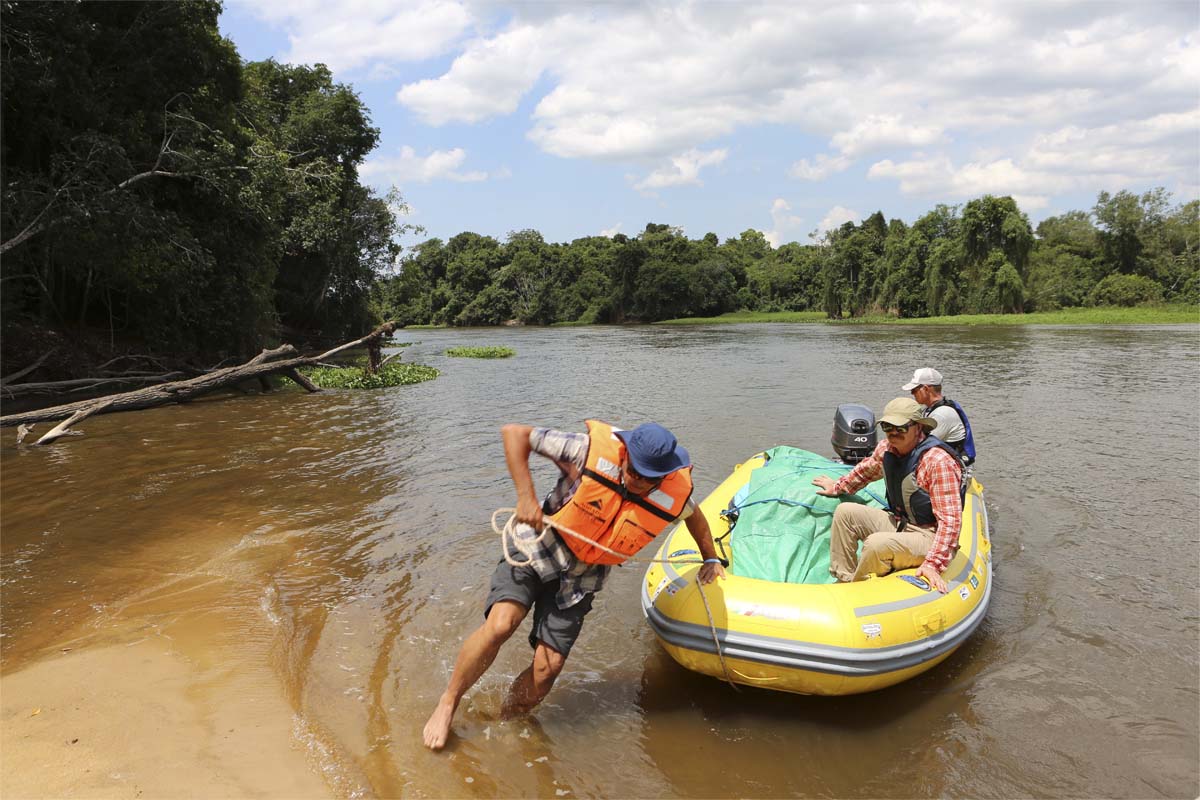 Although it was first day on boating expedition, he was quick to pick up the tricks. Whenever boat was docking he could be seen first to jump out of the boat with the anchor rope. His energy was infectious to others. 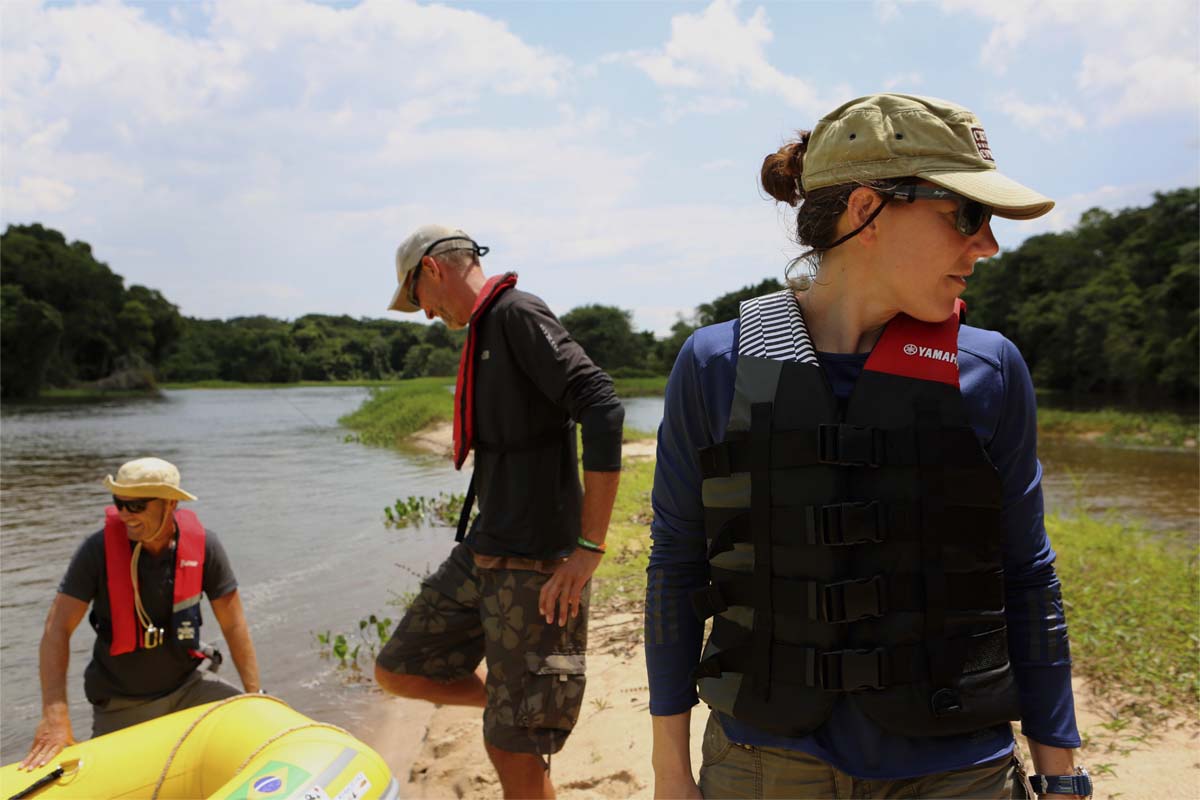 Wench, Edwin and Steen on a small sand inland during the break. 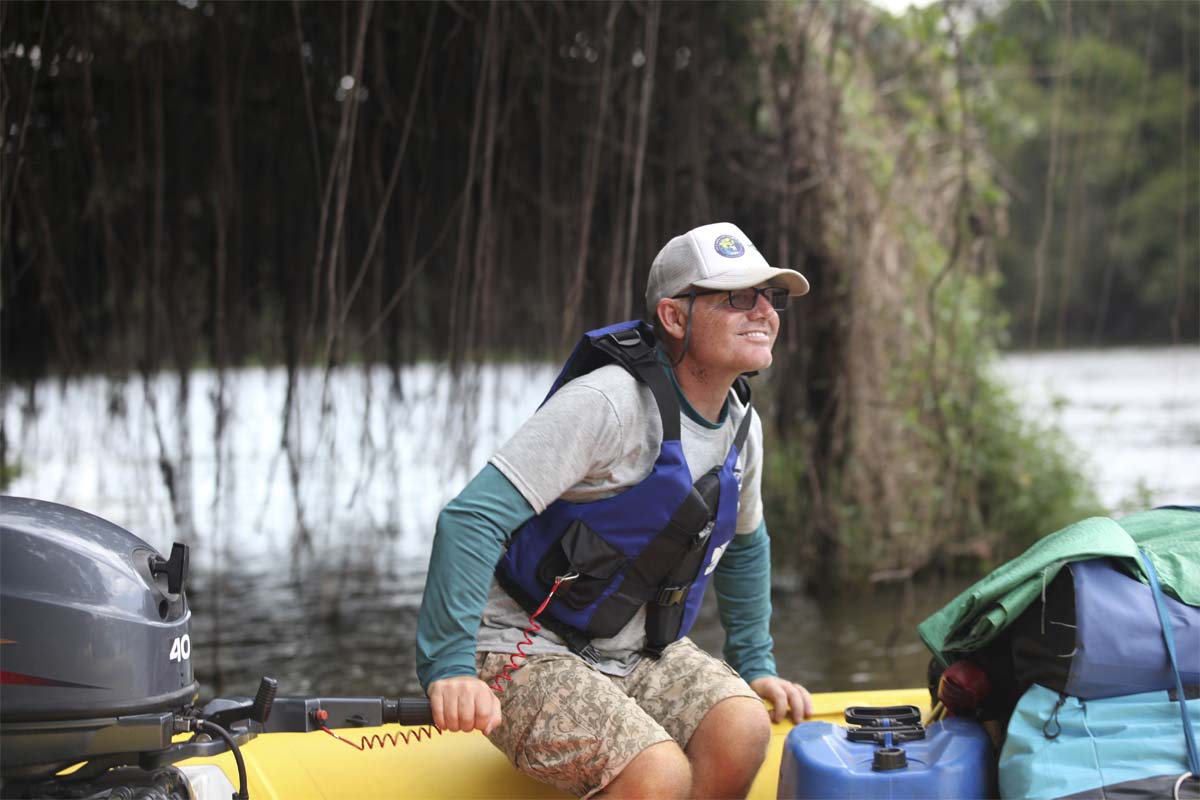 Happy Stefano.
Sky turned grey in evening, and that prompted us to look for camp early.
Guapore River. One of the least explored river of the area. Called Rio Itenez,in Bolivia, this river forms the boarder between Brazil.
Rio Guapore. Every turn seem toped a new surprise to us.
Although lots of birds we saw here, we saw in Pentanal too but there were few which seem to be epidemic to Guapore. 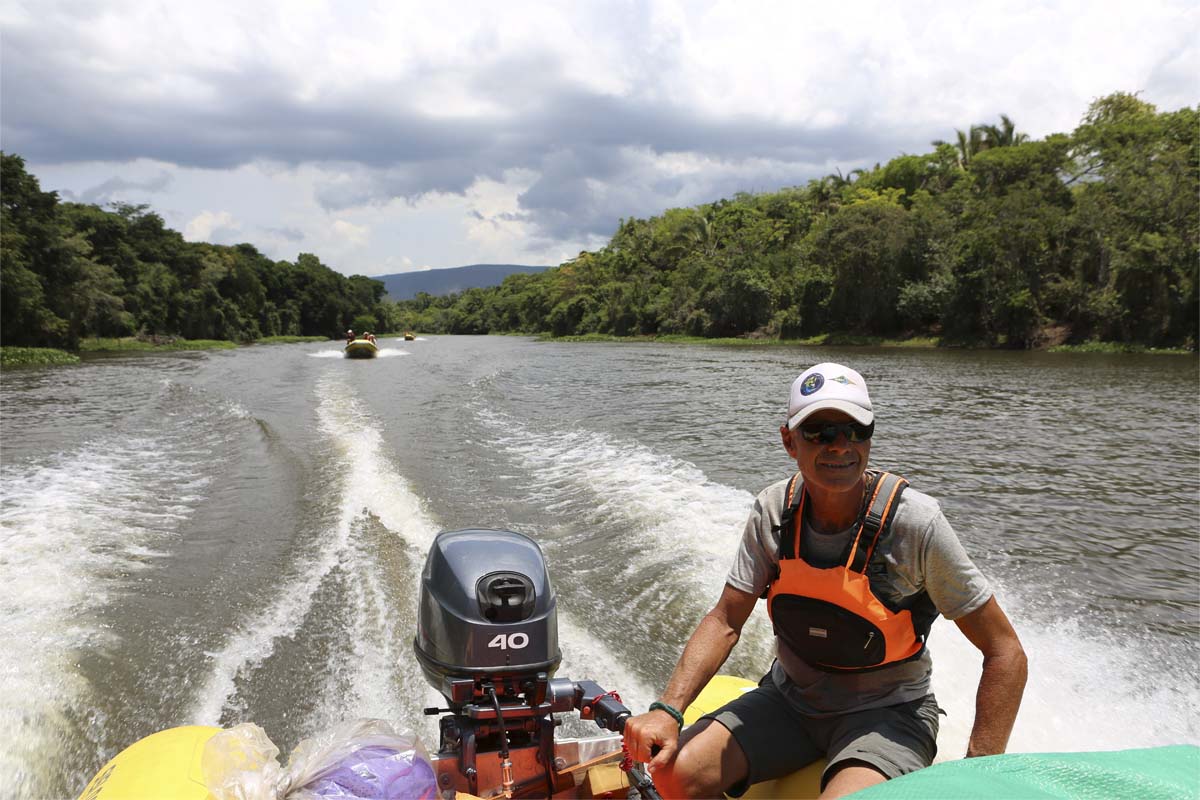 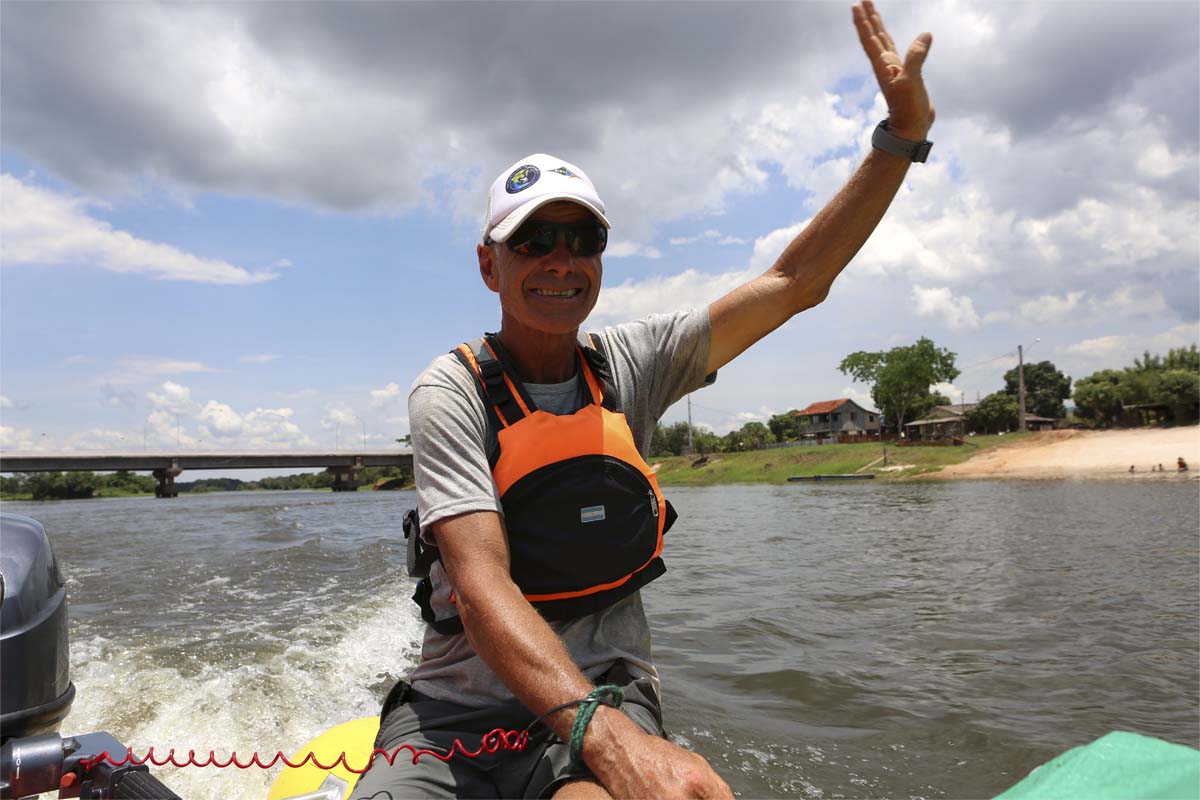 After three day break back on river… No one is more happy then Andy. 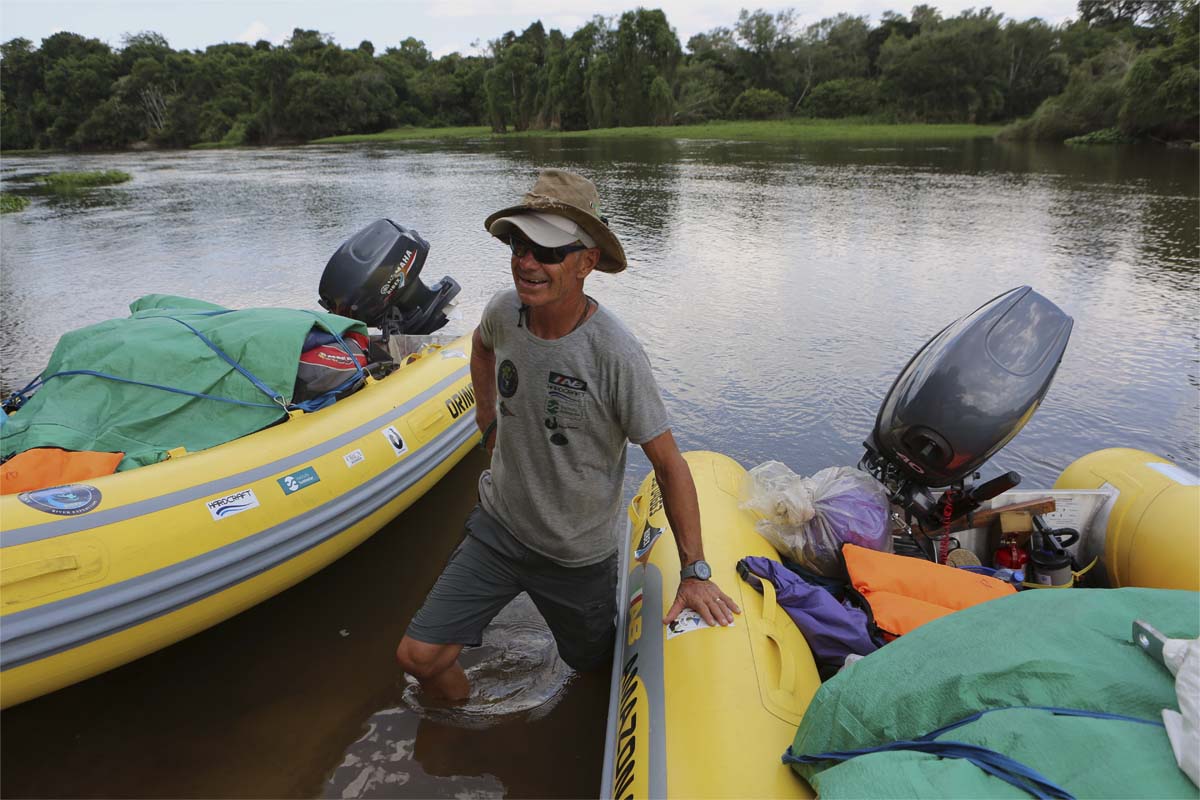 As an expedition leader, Andy has to wear many hats.
← Prev Article Next Article →