India may offer ports and bridges to Myanmar, but is that enough to forget the bad blood between the two countries, asks Andrew R.C. Marshall.

Myanmar President Thein Sein talking with Indian Prime Minister Manmohan Singh in Naypyitaw, Myanmar, yesterday. It is the first visit by an Indian prime minister to Myanmar in 25 years.
IN northwest Myanmar, where the Kaladan River flows out into the Bay of Bengal, the two giant arms of a half-built wharf enfold the estuarine mud with steel and concrete.
Their embrace is fraternal — Myanmar’s giant neighbour, India, is funding the new port in Sittwe, the capital of Rakhine state — but also strategic. 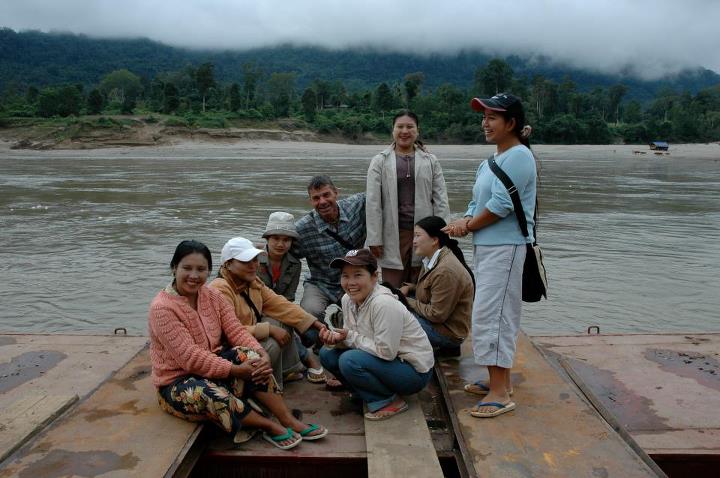 The port is part of a US$214 million (RM640 million) river and road network that will carve a trade route into India’s landlocked northeast and underscore New Delhi’s determination to capitalise on Myanmar’s growing importance at Asia’s crossroads.
Manmohan Singh will seek to bolster ties during the first visit by an Indian prime minister to Myanmar in 25 years. Manmohan met President Thein Sein yesterday.
His official agenda includes road, rail, waterways and air links.
However, he must also overcome a history of bad blood with Myanmar, where Indian investments are dwarfed by regional rival China.
President Thein Sein’s government has held peace talks with ethnic minority rebels, relaxed strict media censorship, allowed trade unions and protests and held a by-election dominated by Nobel Peace Prize laureate Aung San Suu Kyi’s opposition party.
As Myanmar emerges from decades of isolation, trade between the countries is already swelling.
Myanmar’s government expected two-way trade with India to nearly double in two years to US$2 billion, from US$1.4 billion in the year to March 30, a figure that was nearly 30 per cent higher from the previous year, said Myanmar’s Commerce Ministry.
India should be a natural partner, with ties stretching back to the ancient Buddhist emperor Ashoka and, more recently, a shared experience of British colonialism and World War 2.

But its business interests in the former Burma had been “few and far between” since the mass expulsion of Indian merchants after the military seized power in 1962, said Thant Myint-U, author of Where China Meets India: Burma and the New Crossroads of Asia.
“Many in India remember all too well that this was the country that nationalised Indian businesses and expelled hundreds of thousands of ethnic Indians with literally nothing more than the shirts on their backs.”
One hopeful symbol of improved ties is Sittwe.

The two countries formally agreed on the so-called Kaladan Multimodal Transit Transport Project in April 2008, just seven months after Myanmar’s military junta crushed nationwide pro-democracy protests led by Buddhist monks.
Work began on Sittwe port in September 2010, shortly before the former military junta held a rigged election that brought to power a quasi-civilian but surprisingly reformist government.
Indian conglomerate Essar Group is building the port on 70,000 square metres of landfill in Sittwe’s centre.
It should be ready in two years, said Myanmar’s Commerce Ministry, accommodating ships from the Indian city of Kolkata, a 539km voyage away across the Bay of Bengal, and handling up to 500,000 tonnes a year.
From Sittwe, ships will sail up the Kaladan River to Paletwa, where Essar will build a second, smaller port.
A 122km highway will connect Paletwa to the Indian state of Mizoram. The two ports and dredge work will cost US$74 million. The highway will cost US$140 million.

India is Myanmar’s third-biggest export market after Thailand and China. But Thant Myint-U plays down Myanmar’s economic importance to India. “Myanmar is extremely important for India’s northeast, but because the northeast itself rarely gets Delhi’s attention, that in itself doesn’t count for much.” However, New Delhi is aware of Myanmar’s strategic significance “because of China’s increasing economic presence and anxiety about a possible future Chinese presence on the Bay of Bengal”, he said.
Not far south of Sittwe, Chinese money is funding a bigger port and special economic zone in Kyaukphyu, a coastal town where Myanmar-China pipelines reach the Bay of Bengal, creating a passage from western China to South and Southeast Asia and allowing shipments of fuel and natural resources to avoid the Malacca Strait.

An Essar company official said “communication problems” had been a headache during the project, with Myanmar officials slow to provide information and language issues also a hurdle. The company, however, would consider further projects in the country, given they had worked there.
“Business is all about relationships, and we have been meeting the right people,” the official said.
A delegation of Indian business officials will join Manmohan on his visit, said an Indian Foreign Ministry official, adding that India was looking at setting up a special economic zone.
Aung San Suu Kyi was once lionised by New Delhi, which gave her the Jawaharlal Nehru Award in 1993 and Myanmar’s dictatorship the cold shoulder.

But with growing investment in Myanmar by regional rival China, the world’s biggest democracy has forged closer ties, inviting former dictator Senior General Than Shwe on an official state visit to India in 2004.
Three years later, after he presided over a violent crackdown on pro-democracy protests led by Buddhist monks, India was widely criticised for its muted response amid international outrage.

Thant Myint-U said: “Manmohan Singh has to do more than offer ports, bridges and roads, as the Chinese do.
“Instead, he has to delve deeply into the very long history of cultural ties between the two countries and come up with a new vision for Indo-Burmese relations.